A native of upstate New York, Paul DeLoria would make his mark in the Rochester area at a very young age. Winning every local talent contest with his original piano pieces and taking first chair positions in all-state ensembles on the saxophone, it would be when Paul hit the club circuit that people would really be shocked. His first original group ,The Banchees, played the New York area sharing the stage with members of Spyro Gyra, and other well known upstate New York jazz groups. Leaving New York in 1995 with a degree in Music, Paul went on to Nashville to pursue a degree in Recording Engineering at Middle Tennessee State. In Nashville he would meet jazz pianist Walt Scott and form the group Freedom Jazz Planet. This Group toured the Nashville region with guest artists from all areas including Nioshi Jackson, and Reggie Wooten of the Wooten Brothers. Jamming in Nashville clubs with members of Take Six, Joseph Wooten of the Steve Miller Band, Jack Pierson, JD Blair (Drummer for Shania Twain), and Keith Horne (Bassist for Trisha Yearwood). Soaring on the blues scene with recording artists Big Mike and The Bootie Pappas, Paul would end up on several Gospel, Blues, and Jazz recordings and Nashville television spots including a stint with the Blues Brothers for the opening of the new stadium in town. Storming the live club scene with his fiery sax style and his upfront stage presence, Paul made a name for himself becoming the focus of any group he was part of. Finishing a bachelors degree in the Recording Industry from Middle Tennessee, Paul eventually toured around the east and ended up back in the Rochester area. Releasing his first album Nashville Horizon in 2000 Paul enjoyed regional success as a performer in several upstate New York bands and productions. From 2002- 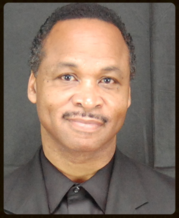 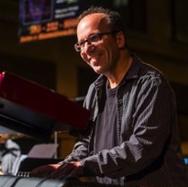 Luis Carrion was born and raised in Rochester, New York. At the age of 2 Luis picked up his first Latin percussion and performed locally in his father's band. At the age of 9 he decided to learn how to play the cuatro puertorriqueño and was considered a prodigy at a very young age. Luis was playing music professionally at the age of 12. At the age of 13 he picked up the bass for the very first time. Luis attended School of the Arts in Rochester, where he studied electric and upright bass. He also received scholarships to attend the Eastman Community Music School. He has performed with and recorded for several artists including N'klabe, Brenda K. Starr, Jimmie Highsmith Jr, Mambo Kings, Daniel "DeeCoy" Antonetti, and Marc Anthony , just to name a few. Growing up playing Jazz and Latin music, Luis learned to appreciate both genres . Throughout his musical career he has had the privilege to study with Guitarist Bob Snieder, Bassist Ruben Rodriguez, Latin percussionist Marco Arguinzoni, Pianist Adan Perez, Bassist Fumi Tomita, Latin percussionist Freddy Colon, Saxophonist Doug Stone, and many others. Luis is currently playing professionally around the United States playing Latin music and jazz.

When most young men were playing with toy soldiers and reading comic books, Curtis was captivated by a sound and feeling that would become a driving factor in his life. The words of the famous “Little Drummer Boy” written by Katherine K. Davis, Henry Onorati and Harry Simeone seem to capture the essence of who Curtis is, “Shall I play for you, pa rum pum pum pum, On my drum.”

Music came to him early in life when he began playing at the age of eight. He became involved with the Mighty Liberators Drum & Bugle Corps, which gave him fundamental training in percussion. Curtis went on to study formally at the Hochstein music school in Rochester, NY, where he studied drums and piano. Curtis soon earned a reputation as one of the hottest young drummers in the area and quickly caught the ear of Glen Cummings and Terrance Bruce, well known jazz musicians who played at a local jam session frequented by some of the area’s top musicians. Glen Cummings gave Curtis his first big break and invited him to start a professional jazz group. Curtis and his dream was on the way.

Curtis developed his writing abilities early on in his young life and and became a prolific songwriter for Cabo Frio. The jazz group Cabo Frio, started playing big concerts and opening for national jazz acts for the first few years. During that time, the group was introduced to Ricky Schulz, head of Zebra Records, who later signed Cabo Frio to MCA records. The band started touring and reached #11 on the Billboard Jazz Charts with their recording Right on the Money. Curtis owned and operated National distributed Record Label, Kezia Records in which he released four CD projects..